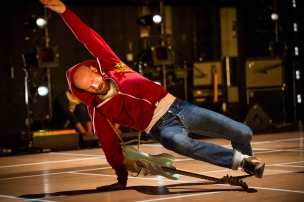 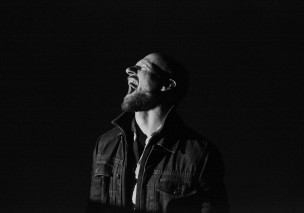 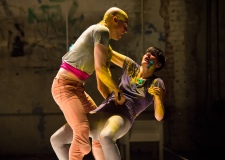 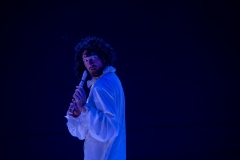 Under his leadership, artists have received multiple NEFA/National Dance Project Production and Touring grants; Guggenheim, New York Foundation for the Arts, Foundation for Contemporary Arts and United States Artists Fellowships, as well as awards from the National Endowment for the Arts, New York State Council on the Arts, the NYC Department of Cultural Affairs, the MAP Fund, the Andrew W. Mellon Foundation, the Howard Gilman Foundation, the O’Donnell Green Music and Dance Foundation, and many others. He was the first full time administrator in Big Dance Theater’s 25 year history, winning support from the NYSCA Regional Economic Development Council and the Emma A. Sheafer Charitable Trust to support his producing vision and leadership initiatives.

In the last three years, he has successfully produced artists and engagements with many of the nation’s leading presenting organizations, including the Walker Art Center, the Wexner Center, the ICA Boston, Fusebox Festival, CounterCurrent Festival, Mass MoCA, Mass Live Arts, FringeArts Philadelphia, American Dance Festival, and the Fisher Center for the Performing Arts at Bard College. He has served as a reviewer and panelist for the MAP Fund and the Dance in Process residency program at Gibney Dance, and has been an invited speaker for artist symposiums at Gibney Dance, the Lower Manhattan Cultural Council and Movement Research.

His work with choreographer Annie-B Parson in live performance, film and music over the last 7 years includes projects with Mikhail Baryshnikov, Wendy Whelan, Jonathan Demme, David Byrne, David Lang, and the Martha Graham Dance Company, among others.  He has toured internationally with Ms. Parson and Paul Lazar/Big Dance Theater since 2009, and nationally with Jessica Grindstaff and Erik Sanko/Phantom Limb Company since 2011, for which he also most recently served as Rehearsal Director under choreographer Ryan Heffington. As a performer, he has also created roles in premieres by Ursula Eagly, Doug Elkins, David Gordon, John Heginbotham, Jodi Melnick, Stephen Petronio, Steven Reker, Christopher Williams, and Kathy Westwater, and appeared as a guest artist with Yoshiko Chuma, Faye Driscoll, John Kelly, Dean Moss, David Parker, Karen Sherman, and in the Bessie Award winning immersive production Then She Fell, and has performed in projects by 600 HIGHWAYMEN, Joanna Furnans, Shaun Irons/Lauren Petty, Courtney Krantz, Abigail Levine, and Amanda Villalobos.

He was the associate choreographer for Jonathan Demme’s feature film Ricki and the Flash, choreographed by Annie-B Parson and starring Meryl Streep, Kevin Kline and Audra McDonald (TriStar, summer 2015), and has assisted Ms. Parson on a solo for ballerina Wendy Whelan which premiered at the Royal Opera House/London in 2015; David Lang’s the public domain, a choral project for 1,000 singers at Lincoln Center/Mostly Mozart in August 2016; I used to love you for the Martha Graham Dance Co. which premiered at The Joyce Theater in February 2017; and The Road Awaits Us for the Elixir Ensemble at Sadler’s Wells/London in June 2017.

As a dance writer, he was commissioned to be a 2013-2014 Context Notes Writer for New York Live Arts, after completing a year as guest editor for Movement Research’s Critical Correspondence, and as guest curator for Sarah Maxfield’s One-Shot.  His writing was also featured in Maxfield’s Nonlinear Lineage series, and has been published by The Performance Club, Culturebot, Hyperallergic, Critical Correspondence, The Brooklyn Rail, the Baryshnikov Arts Center, Hartford Stage, and the BAM Next Wave Festival. His own performances have been supported with a residency from TOPAZ ARTS and shown at AUNTS (American Realness), THROW (The Chocolate Factory), FLICFest (Irondale Center), for Sarah Maxfield’s One-Shot and In and Out of Uniform (Museum of Arts and Design and Abrons Arts Center), at 92Y Fridays at Noon, and for Movement Research at the Judson Church. He has taught movement for actors at NYU’s Tisch School of the Arts’ Playwrights Horizons Theater School and given masterclasses and lectures at Keene State College, Duke University, Sarah Lawrence College, Florida State University, Emerson College, and Rutgers University’s Mason Gross School of the Arts.